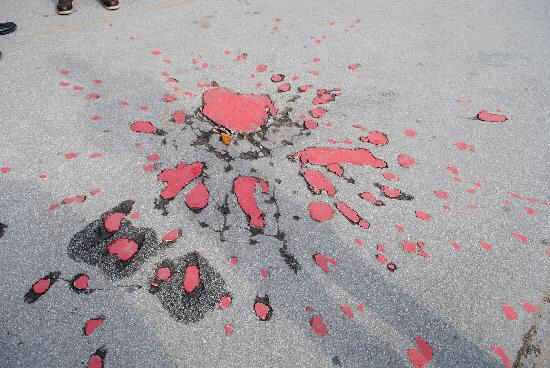 They sound like something beautiful, but as soon as you learn the story of the Sarajevo Roses, you realize they are really the legacy of a truly tragic event, the Bosnian War of the 1992-1995.

44 months Bosnian Serb Forces bombarded the city of Sarajevo in what is remembered as the longest siege in the history of modern warfare. This kind of event leaves serious scars both in the hearts of those affected and on the city’s infrastructure. A Sarajevo Rose is a concrete scar made by a mortar shell explosion that was later painted with red resin as a memorial to those who were killed at that exact location. Sarajevo Roses represent collective memory of the physical scars of war. Join us on Free Sarajevo war tour to learn more.